The new PRIMUS from EMPL now also for Saxony!

At the Interschutz 2015, EMPL presented the first vehicle from the new PRIMUS superstructure range. Different design variants and vehicles on different chassis have been delivered to the customer since then. EMPL is now delivering the first PRIMUS to Saxony and will also presenting it at the Florian trade fair in Dresden.

With the PRIMUS, EMPL presents a new superstructure and design concept for fire fighting vehicles which is based on the existing ranges Firefighter ALU - Tech and Firefighter MOD - Tech and supplements these. The completely new design and the beefy, dynamic appearance, however, makes the PRIMUS stand out clearly from the other TLF, LF and HLF vehicles of its class.

SUPERSTRUCTURE CONCEPT
EMPL still uses the proven concept of three independent modules: original driver’s cab of the lorry chassis, crew compartment and equipment compartment structure. The three modules mean that the cross - country mobility of the vehicle is not affected and the torsional abilities are maintained. In addition, no major interventions in the original cab are necessary and the drive technology can be easily accessed by tilting the cab.

As the dimensions of the crew compartment follow the superstructure and not the driver’s cab, the interior is very spacious. New features in the crew compartment include the bright skylight, which can optionally also be used for installing an air conditioning unit, the optimised handle bars on the large crew compartment doors and the electric window controls as a standard. The elegant design of the vehicle is completely new - with an aerodynamic roof structure and special plastic side parts in the lower superstructure section. The unique design perfectly reflects the basic values of EMPL: reliability, functionality, individuality, durability and safety.

PRIMUS - uniquely dynamic
The new PRIMUS from EMPL is characterised by many inner values which are reflected in the powerful external appearance:

The superstructure is manufactured from ALU - Tech sandwich panels. The water tank has a capacity of 2,000 litres, while the foaming agent tank holds 120 litres. The rear features a low pressure fire fighting pump NP 3000 – FPN 10/2000, a rapid deployment hose reel with 50m pressure hose with an electrical coiling device as well as a distributor fast attack. The pump is suitable for pump and roll operation. Control is provided by the EMPL H.I.T CAN - bus system. The entire lighting system including light mast and traffic warning system as well as the tank fill level indicator are designed in LED - technology. Furthermore two single - person reels are mounted on a support structure at the rear. The vehicle is equipped with a power generator, lighting set, hydraulic rescue set, various blocking tools, fans, Chiemsee pump, pull - out hygiene board, and many others.

The PRIMUS from EMPL: Starting out as a great idea - even better in reality! 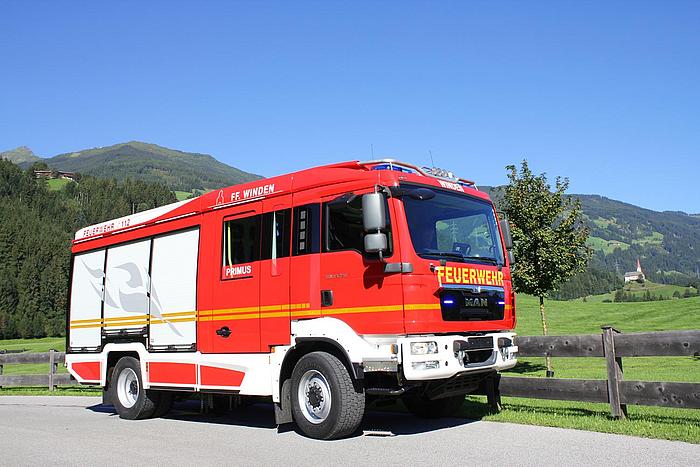 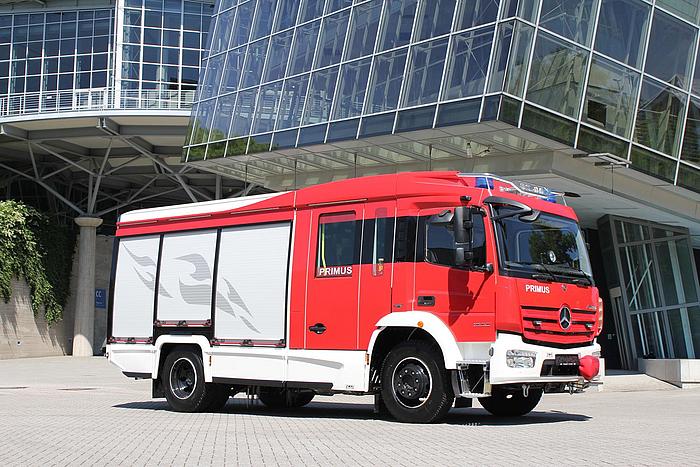 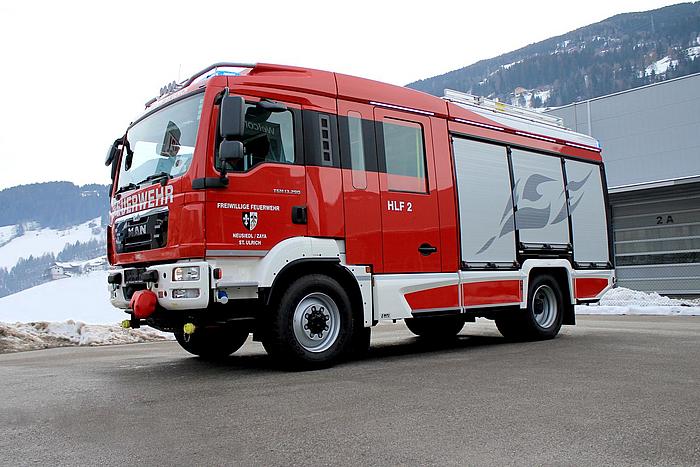 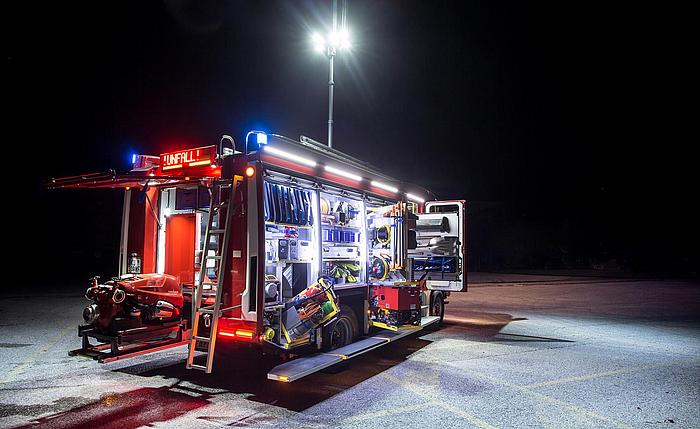 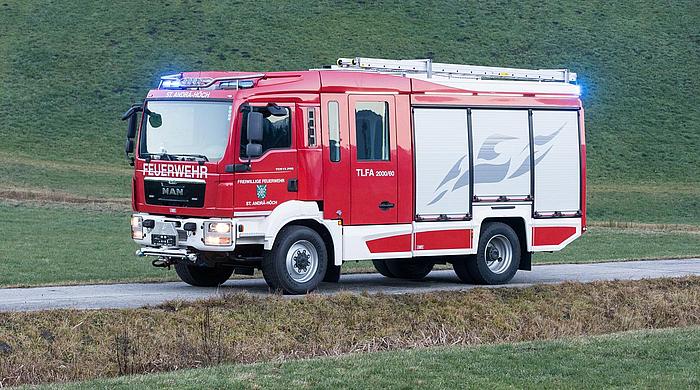 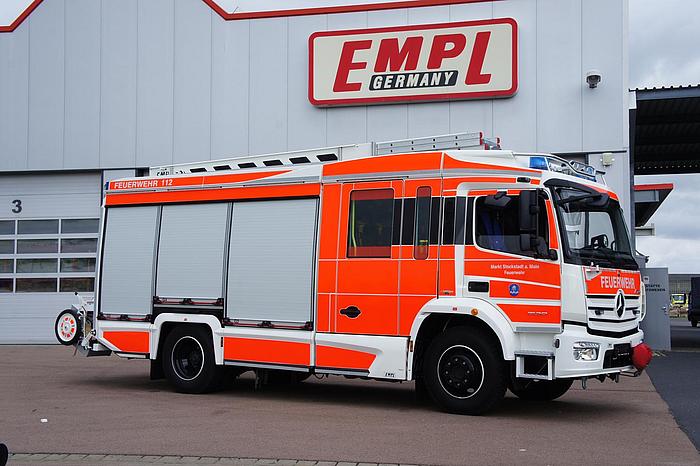