EMPL presented 3 vehicles at the RETTmobil in Fulda!

Around 525 exhibitors from 19 countries presented their products and services at the RETTmobil in Fulda. A rush of 27,000 trade visitors over 3 days confirmed the impressive development of this trade fair, breaking previous records. Empl was also represented with an outdoor stand.

HLF 20 PRIMUS FFW MOOSINNING
The HLF 20 technical support fire engine from the Moosinning Volunteer Fire Brigade is based on an TGM 13.290 4x4 chassis.

The driver and crew compartment is designed for a team of 1+8. 4 seats are equipped with EMPL - Eagle mounts for breathing apparatus. In addition, the crew compartment is equipped with a panoramic glass roof with a tinted acrylic glass pane. The body is manufactured from Alu-Tech sandwich panels. It contains a 2,000l water tank and a 120l foam tank. The rear features a low pressure FPN 10/3000 fire fighting pump, a 30m folding fast attack hose, a distributor fast attack with 25m pressure hose and two one-person reels. A roof box, a ladder lowering device and a water cannon with a capacity of 2,500l/min are mounted on the roof. The complete lighting system including an EMPL Function Light mast, traffic warning system and tank fill level indicator uses LED - technology.

TLF 2000 FFW STADT JENA
The second vehicle presented was a TLF 2000 water tender from the Jena Volunteer Fire Brigade. The body is based on a Mercedes - Benz Unimog U20 chassis for a crew of 1+2. The compact and agile four - wheel drive vehicle is ideal for forest fires and extensive fires as well as for sites with difficult access.

The body is manufactured from Fire - Fighter ALU - Tech sandwich panels. A 2,000l water tank and a 120l foam tank are installed between the crew cab and the equipment section. The rear of the vehicle features the EMPL FPN 10/2000 integrated pump and a 50m C fast attack and a 25m distributor fast attack. In addition, the vehicle is equipped with an LED - lighting concept including a pneumatic light mast, a reversing camera, a roof box and a rear warning device.

The MAN double cab offers space for a crew of 1+5, including 2 CABA seats in the crew compartment. The vehicle is equipped with a 500l water tank with tank heating and a mobile pump extension unit in the rear. The vehicle also features a 4-part scaling ladder on the roof, a pneumatically extending LED - light mast, a generator and a reversing camera.

EMPL: Your vision – Our challenge! 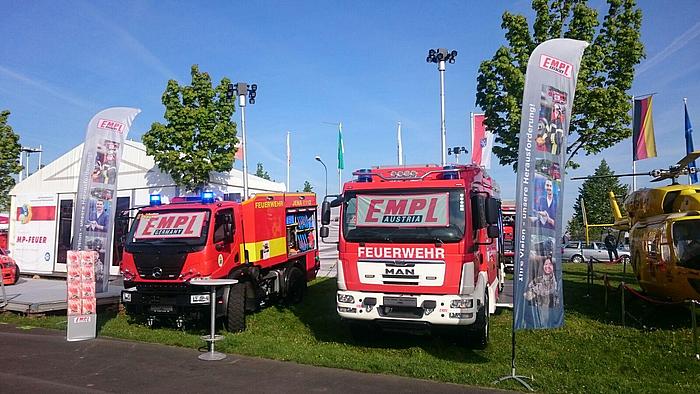 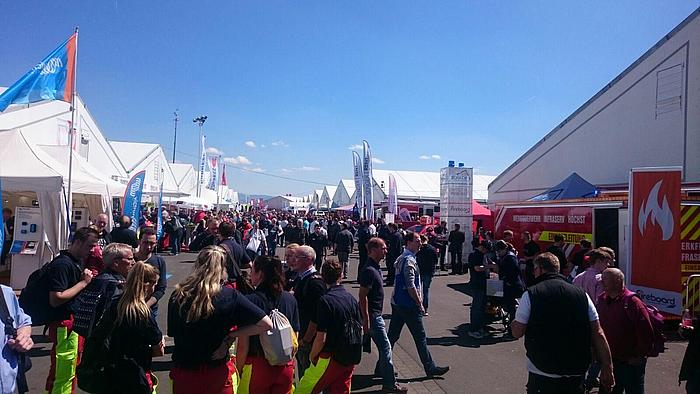 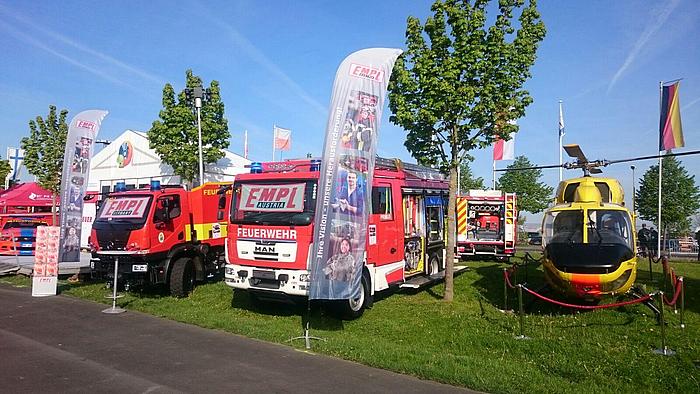 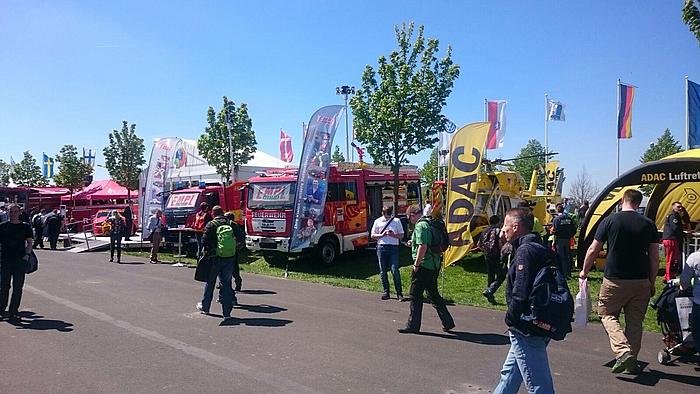