EMPL has already been operating successfully in the fire fighting market in Vietnam for several years. Dozens of special vehicles from a variety of model series were supplied in recent years.

The transformation from a centralised economy to a social market economy has brought rapid growth to the coastal state in Southeast Asia. EMPL has been increasingly successful with special vehicles for the fire fighting sector. Several vehicles are currently in production or were delivered recently.

TLF 2000/400 DOUBLEHEAD
Already manufactured several times for customers from China, two EMPL DOUBLEHEAD tunnel fire trucks have now also been delivered to Vietnam. The vehicles allow fire fighters to quickly back out of a tunnel in emergencies, e.g. if the road is blocked or if there is no room for turning. They are equipped with a 2,000l water tank and a 400l foam tank, self-defence system, water / foam cannon, generator, light mast, winch, etc.

TLF 6000/500
Three TLF 6000/500 water tenders were recently delivered to a customer in Vietnam. The fire fighting bodies are set on MAN TGM 18.240 4x2 BB chassis with double cab. The passenger compartment and the crew compartment are equipped with gas measuring devices and breathing apparatuses. The vehicles feature an EMPL FPN 10/3000 integrated pump at the rear which feeds a water / foam monitor on the roof.

TLF 1500/200 CAFS
This order comprised six TLF 1500/200 CAFS vehicles which were delivered in two batches of three vehicles each. Apart from a more compact design, these vehicles are basically identical with the TLF 1500/500 CAFS water tenders.

SRF WITH CRANE
3 heavy duty rescue support vehicles with crane and front winch have already been completed. This is a follow - up order to a project from 2009, which included 12 heavy rescue vehicles. The vehicles are currently at the EMPL site, ready for the planned inspection by the customer. Renault D15 HIGH 4x2 R Crew Cab 280 E3 chassis form the basis for the heavy duty rescue vehicles with rear crane. The crew cab features a 4-person rear bench with CABA brackets and a double bench next to the driver’s seat. The vehicles are equipped with a light mast, hydraulic rescue devices, disaster cutting torch, generator, diving equipment, heat protection suits, sliding tool wall, oil binding agent, high pressure compressor and many other items.

TLF 5000/500
In addition, a new order for two TLF 5000/500 was recently signed. The vehicles are almost identical to the already delivered TLF 6000/500 described above and only differ slightly with regard to tank volume, couplings and load.

EMPL: Your vision - Our challenge! 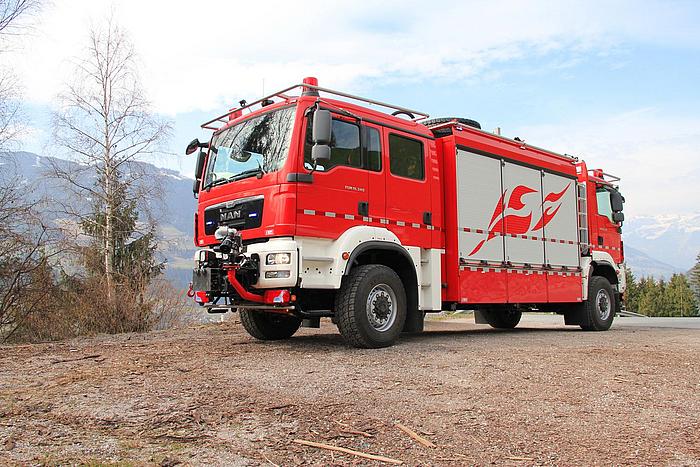 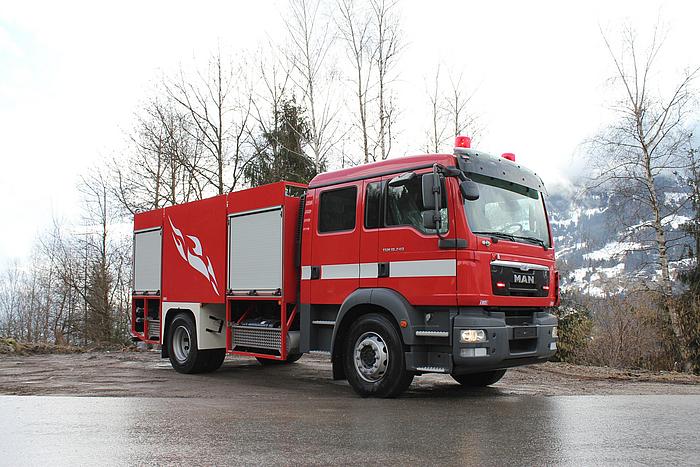 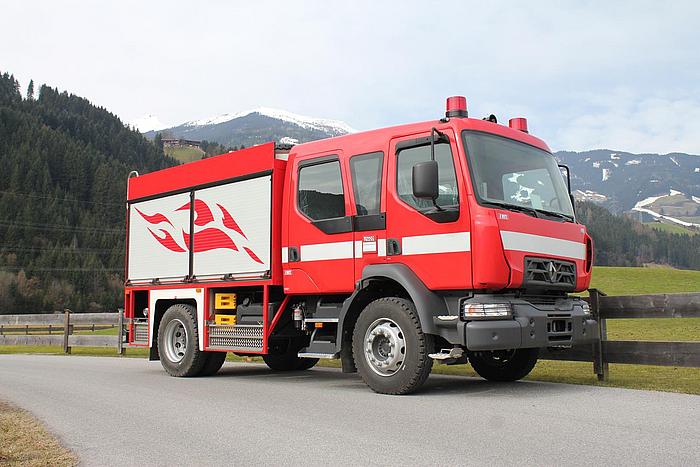 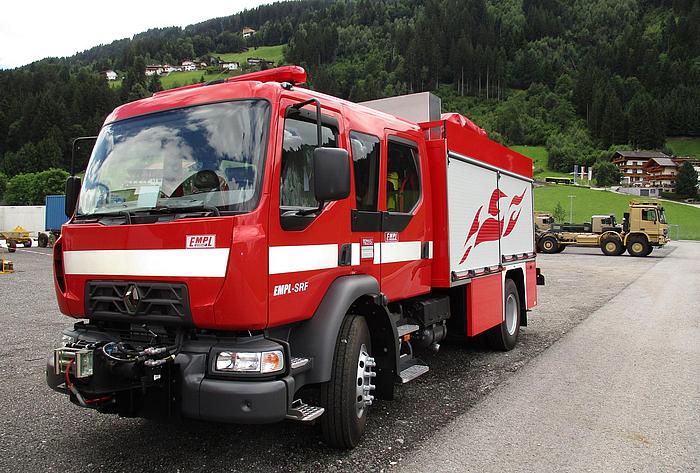