The new pumper with rescue equipment 3 was recently officially received in Pressbaum. The St Florian’s mass with a blessing for the new vehicle will take place in the parish church on 10 May.

In 2016, the Pressbaum Volunteer Fire Brigade decided to replace their dated emergency vehicle. Due to the proximity of the West Autobahn – one of Austria’s major motorways – the new vehicle was intended primarily for road accident emergencies, in addition to local callouts. After thorough deliberations, an HLF 3 from EMPL was selected.

PUMPER WITH RESCUE EQUIPMENT 3
The new Scania P410 4x4 CP31L was used as the chassis for the HLF 3. The crew compartment, which was specially developed for emergency services, stands out on account of its flexibility, ergonomics and safety. The EMPL superstructure is the perfect complement and the members of the Pressbaum fire brigade were fully convinced. So after the SRF heavy-duty rescue vehicle, another EMPL vehicle was handed over to the brigade in 2010.

The driver’s and crew compartment are designed for a crew of 1+8 and are equipped with 3 EMPL Eagle breathing apparatus brackets with integrated safety opening in the seat surface. The cab also features helmet brackets for driver and front passenger as well as a storage compartment between driver’s and passenger seat.

The superstructure is made from EMPL Fire Fighter Alu-Tech. 2-layer, plastic-coated aluminium sandwich panels in combination with a hot-galvanized base frame ensures maximum corrosion resistance. The vehicle is equipped with a 4,000 litre water tank and a 200 litre foaming agent tank. The rear of the vehicle contains the EMPL FPN 10/3000 integrated pump and, above it, the fast attack consisting of a 30 m shape-retaining 32 mm rubber hose with hollow jet pipe and electrical reel winding.
The pneumatic EMPL Function-Light mast with LED technology is also operated from the rear, providing spot and area illumination and a mounting height of 6 m. The LED rear warning system with integrated traffic guidance system and up to 200 freely programmable messages provides optimum safety. The front of the vehicle is equipped with a permanently installed street washing system with pump&roll function.

The vehicle is equipped with three equipment compartments on each side. The passenger side primarily contains the equipment for technical tasks. This includes the emergency power generator, lighting and barrier materials, oil absorbing canisters, hygiene board and unwinding devices for compressed air and electricity. But it also houses immersion pumps, hoses, CO2 extinguishers and hand-pump extinguishers. The driver’s side mainly holds equipment for fire fighting, such as water-conducting fittings, high-performance fans and hand-held tools.

The roof can be accessed with a ladder folding down diagonally and features anti-slip sand coating. The roof holds the 4-part scaling ladder and a roof box with telescopic gas support and integrated interior lighting. 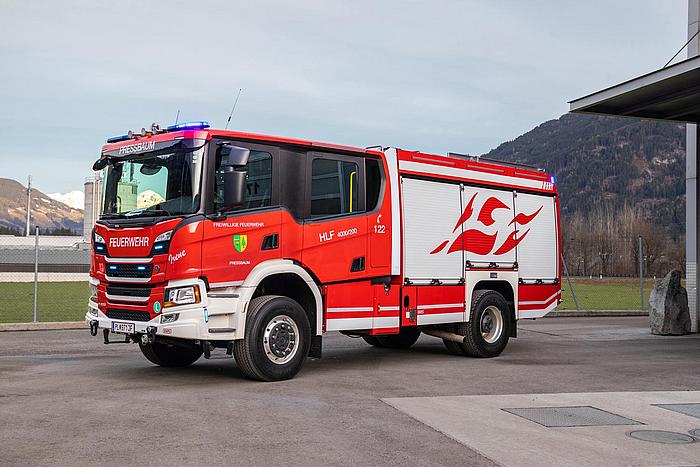 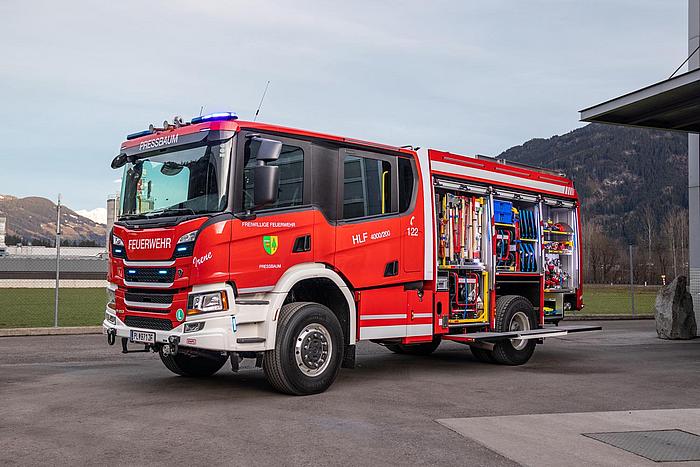 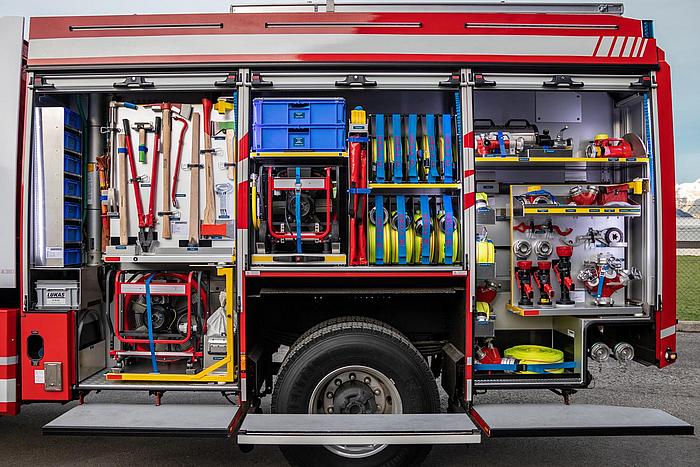 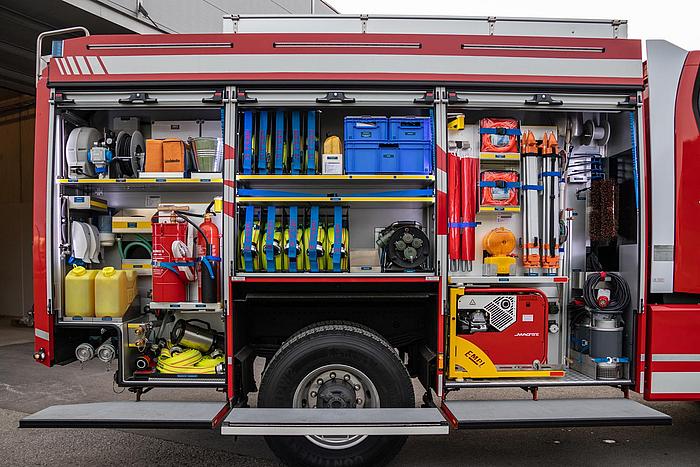 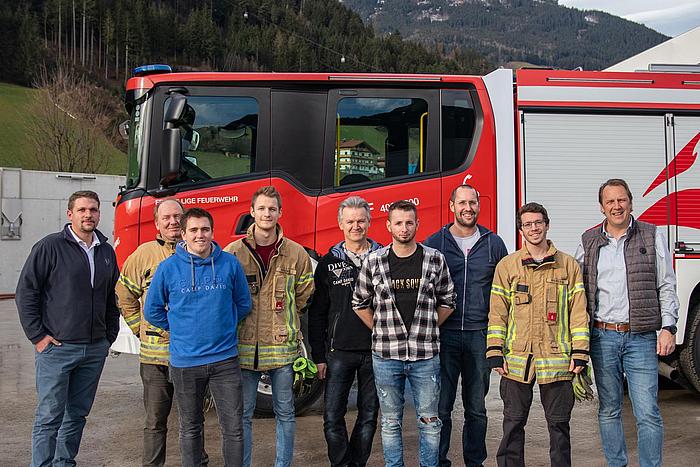